Past Faces of Acer farms 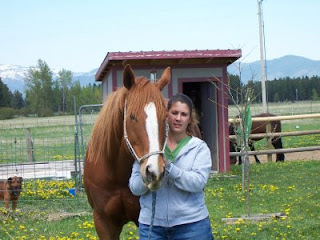 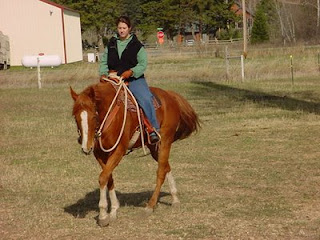 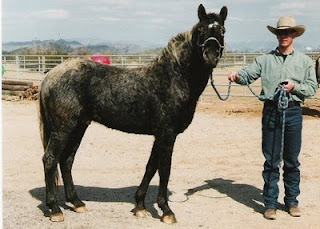 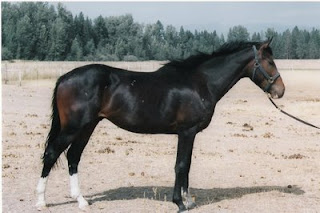 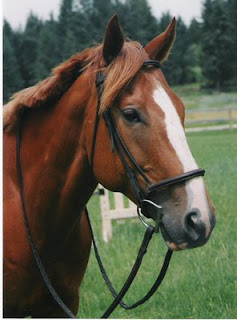 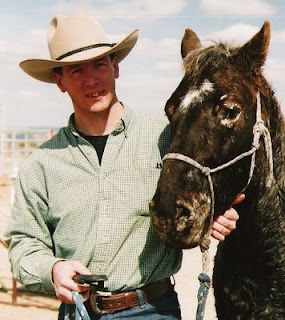 Starting at the top and working to the right:
Jonna and West Lee; TB gelding raised and trained by Jonna out of TB mare. Wes is now living in Helena Montana and being shown in jumpers and most recently eventing with his new dad Jeff. Wes was a tough one to see go to a new home. He was the first TB I had ever raised and trained on my own.
Another Photo of Jonna with Wes.. can you tell I kind of liked him?
second row left: Tom and Double Star; Barb gelding at Harry Whitney clinic in Wickenburg Arizona in 2004. Double Star had recently received his first bath after rolling in Arizona clay. He was still drying.
second Row Right- this is Billy or registered name "Waldemarr". TB/Hanoverian cross that Jonna raised and started then sold as a 3 yr old. This is also a half brother to Wes (same dam)
Bottom left: Wes again.. I just really like that photo of him.
Bottom Right: Tom and Double Star again at the Arizona Harry Whitney Clinic 2004
Posted by Jonna at 7:07 PM

I really like Double Star! You say she is a Barb, Who bred her? Is she one of Painters?

Yes, Double Star was a Painter horse, and actually he was a stud when we got him but has Robert geld him before we brought him. Chicuelo was his sire.

We liked him as well. He taught Tom and I alot about horsemanship and gaining a horses trust.