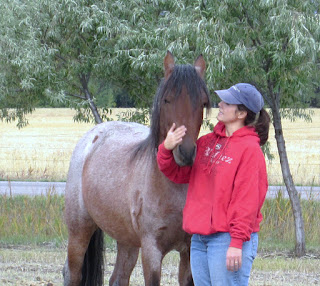 Wow, it’s been a while. I have really fallen off the social media and horses scene. It just seems that there hasn’t been enough free moments that allow me to take time to post anything or even catch up on anyone else’s blogs.

I’ll take my chances and assume there are a few of you wondering and possibly still curious about things here at Acer Farm, so let me try to catch you up. In fact it shouldn’t be too hard.

Since late July I think I went 7 weeks, without riding a horse. In fact, other than feed them and gaze upon them in the pasture, I don’t even think I had one piece of clothing with horse hair on it.. and that’s not because I was ultra careful around them.. I just didn’t get around them much in order to get horse hair on me…
Life has been busy and there are many reasons I took a break from the horses. I guess in retrospect, I needed the break in order to take care of some other things I had been neglecting. Sometimes, you have to come up for air. The important point is that things are slowly getting back on track and I am hoping to pick up the pieces with my horses.
Two weeks ago I dusted off my Duett, found JB’s girth and bridle, (buried behind loads of other tack ) and loaded JB up to take our first trail ride since the accident. JB did very well and seemed to enjoy a chance to see something new. He has some difficulty going downhill, I suppose due to the rigidity of the joint now, but otherwise, he did great. He's slow and careful. We poked along at a walk for about an hour. Tom was along with his horse and patiently waited for us when we lagged behind. It seems JB is officially a pleasure trail horse. He’s been sporting a set of natural balance aluminum shoes since early July which helps support his sole and help him break the right foot over more quickly. The dynamics of how he travels with his new “bionic” pastern joint foot lends itself to needing corrective shoeing. I had hoped he might be okay with continued barefoot trimming but so far, he does better with the shoes. That may change in time but that is what he needs for now.

Maggie is an embarrassment. She is back to her “barrel” with 4 legs figure. She is about 75 lbs overweight and sassy as ever. Her daily exercise routine these days equates to running to the water trough and then galloping as fast she can back to her hay pile for fear that she might miss a few bites. (Yes, I purposefully feed her as far away from the water tank as possible… I figure atleast it’s some sort of activity and it provides me with entertainment of watching her run). Actually I did take her for a 5 mile ride this past weekend. She started off really quiet and happily walking along behind Tom and his colt. Unfortunately that didn’t last too long. Tom’s colt decided that a deer was the closest thing he had seen to a horse eating monster and spooked, which startled Maggie, which then seemed to set the tone for the next hour. Maggie mostly quieted back down but the “hurry” in her feet kept showing up, requiring many “training” moments… Oh well, what could I have really expected after not riding her in weeks and weeks? We finished on a good note and she got into her big flat footed, head bobbing walk that most horses twice her size can’t hold a candle to … as long as she was walking, I was leaving it alone!!

The days have gotten shorter and cooler so sadly, most of the good riding weather season is behind me, which is just typical. I finally get myself back into a riding frame of mind right about the time that riding becomes almost impossible.

The garden really took off in July. We have been busy in the last couple of weeks harvesting our bounty. Its been fun and challening. The last time I had a garden I was in high school. The food dryer has been running full time drying bags of apples, plums, tomatoes, strawberries and peppers and proven to have been a sound investment. I still have a few squash to pull and the cold season veggies like carrots, parsnip, beets, and spinach are going strong. Next year, we need to get cold frames built.

So , that’s the latest and greatest. I am hoping I will get back to some blog lurking again and with any luck , more time in the saddle this month.

Keep your fingers crossed the weather holds just a bit longer.
Posted by Jonna at 8:01 AM

Hey! Glad to 'see' you again- I'd been wondering how you guys were doing.
I had to pretty much retire my mare Dazzby from distance riding- so she is officially a pleasure trail ride horse too, its hard not to fret about it but I've got her son to get going next season.
Just curious if you are anywhere near Hamilton MT? A friend is telling us wonderful things about that area and we're planning a trip over there sometime soon.

CG- thanks for checking in! How many years did you compete on Dazzby? Glad you have a back up. That does help lessen the "sting" when you have to change mounts. I am actually three hours from Hamilton. It is a great place. We actually have friends down there and visit quite often... If you make it this far north, let me know!