Lets start with this video. I am so proud of my boy! Archery run with JB.


Note: the video plays a little weird like it's in slow motion but it's kinda cool anyways. I couldn't fix it , it probably has something to do with the fact that it was from my phone. In case you can't get it to play, please bear with me while I try to work out the technical issues and enjoy the two photos below of  little JB getting warmed up prior to his archery runs. 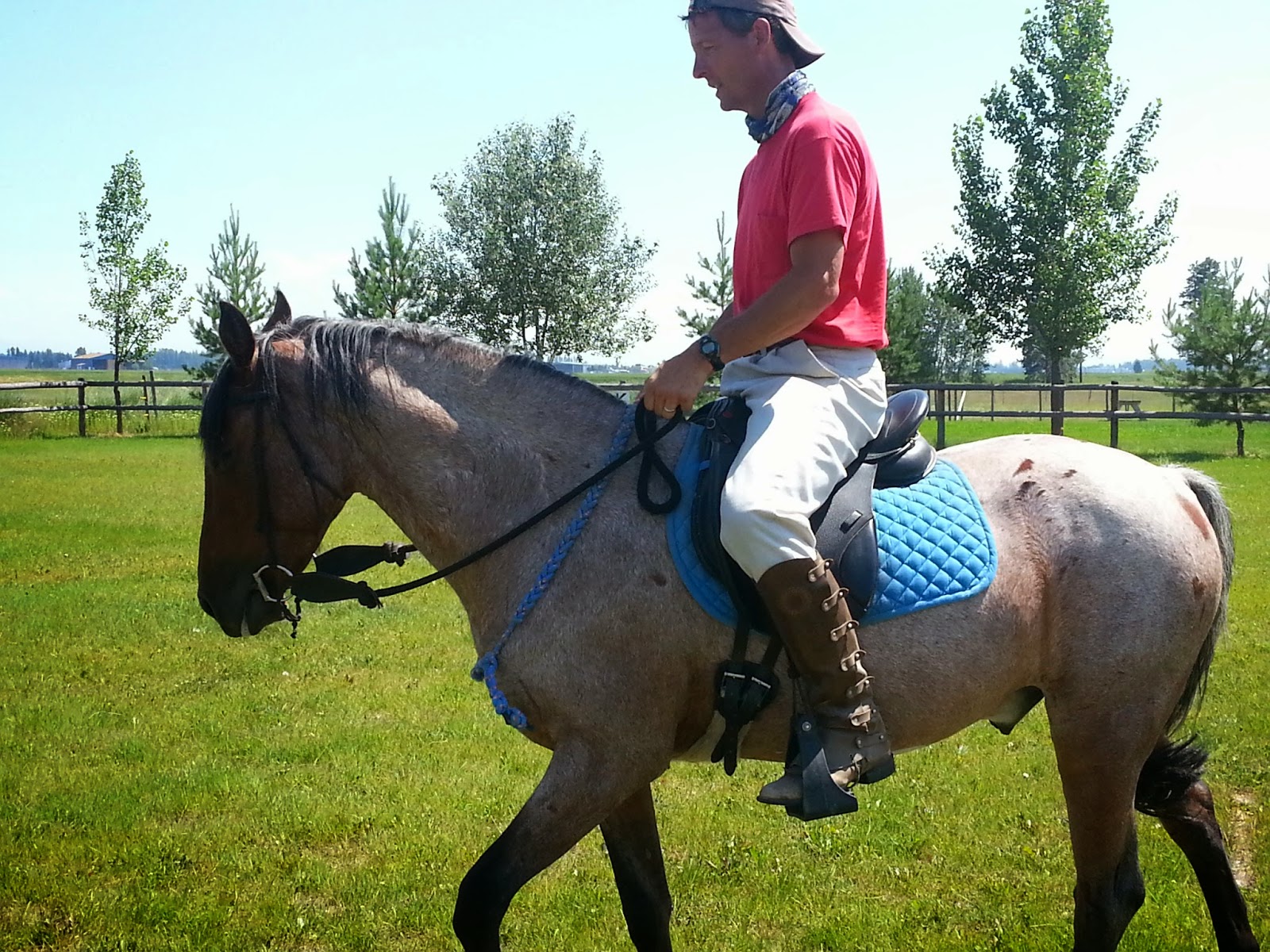 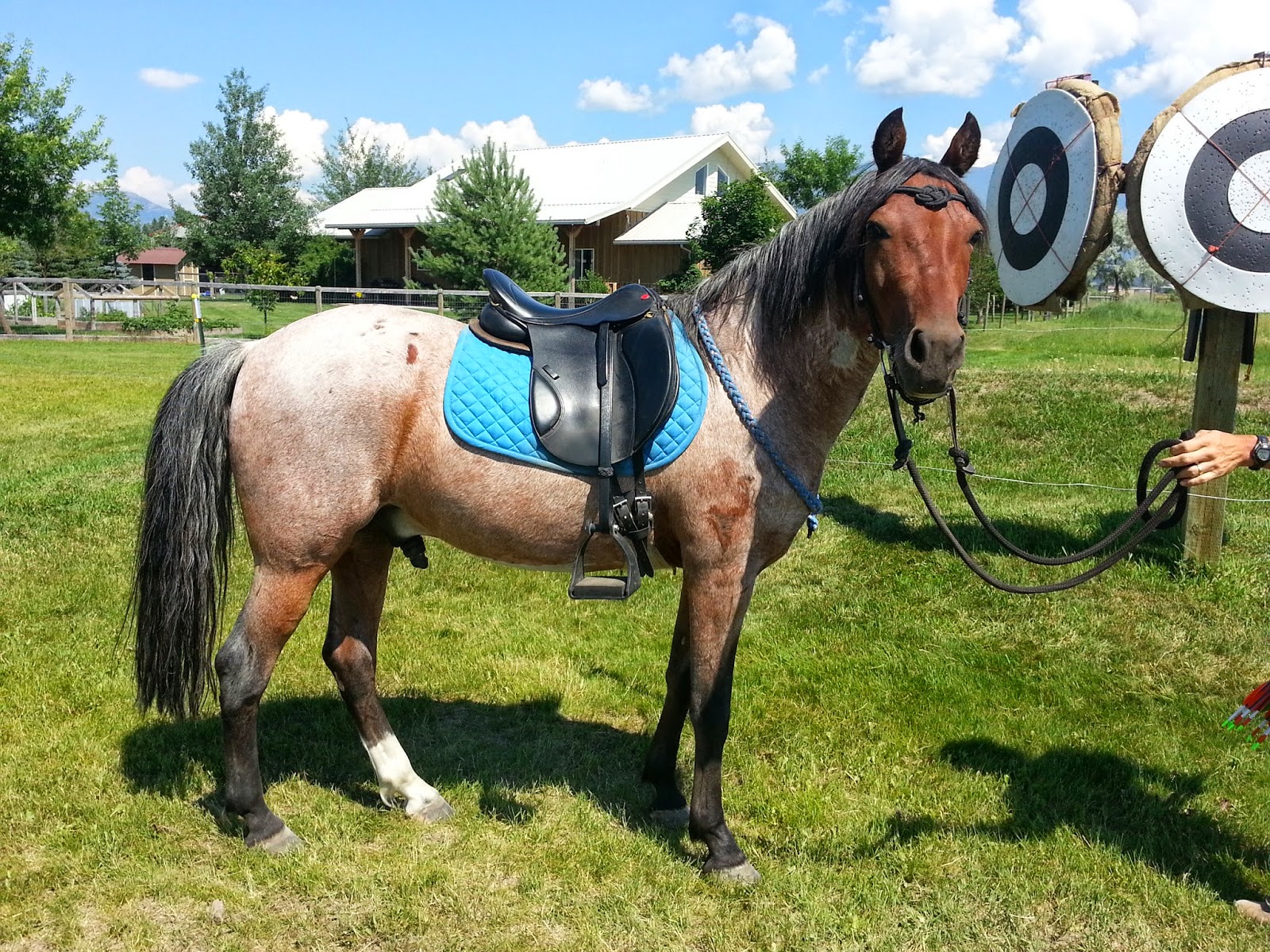 Now onto other non-horse stuff, because that is all I have to share for horse stuff right now.. Hopefully more soon..

Glacier Park - 4th of July -
Because Glacier National Park never gets old and June, July , August and September are the reasons I live in this place..

We took my parents to the Two Medicine area of Glacier Park. They had never been in that area. It was pretty special because my mom actually hiked back to the falls. It wasn't much of a hike but it was a long ways for her. I was pretty proud of her for making it .

The garden isn't much to write home about this season. I am not entirely sure what the issue is but even the spinach and kale was pathetic. Generally, it's pretty hard to mess up growing spinach and kale but this year, as soon as it was big enough to start cutting, (actually even before that) it was bolting. Bad seed? not sure.. it was last years seed. It did fine last year. Seed should last more than one year. Don't you think?  None of my garlic seems to have made it. Carrots were off to a slow start but have picked up steam in the last few weeks. The strawberries did fantastic this year and the onions look promising as well. Last year I had a great onion harvest, only to lose them to mold in the fridge over the winter. ALL of them.. apparently , the crisper isn't the place to store onions.. I was given bad advice and knew better too...lesson learned.

On the other hand , the herb garden was off to a great start and really taking off ..that is ...until Duncan decided to excavate.

I found him shoulder deep in the fresh , just watered the night before , black dirt. By the time I got curious enough to look around the corner ( I was planting the tomatoes and peppers on the other side of the house) to see why he was carrying on so much with his happy bark, he had managed to have all three basil plants pulled up, a lavendar plant broken and the parley in shambles. I could not believe it..

After telling him how bad he was  and fighting the urge to want to strangle him, I put together what I could. The basil took the worst of it but has managed to survive. It's a little anemic looking but growing.. I did manage to harvest enough off of  two plants to make some fantastic pesto. Every year, I make pesto and that is all I want for days on end. If a person could founder on something, pesto would be it for me. I eat it on everything from carrots to pepper , burgers to chicken and even roasted potatoes. Nothing is safe from a few dollops of pesto on it as long as I have basil to make it with. I try to resist the urge from plucking the plants too often but its really addicting..It's kind of like the poem of The Giving Tree by Silverstein..

Pesto founder.. its a real thing... but only with homemade pesto. No basil plant is safe around here. I just wish I had my own garlic to use with it..

Today I pulled down the Oregano that had been drying for a couple of weeks and separated the leaves from the stems and  put it in jars. I should have enough to get me through most of the winter and I would guess that I will probably have more to pick and dry in late August.I love drying herbs and putting them away for the season. It's a good feeling to be able to have your own food that you can store and use later. 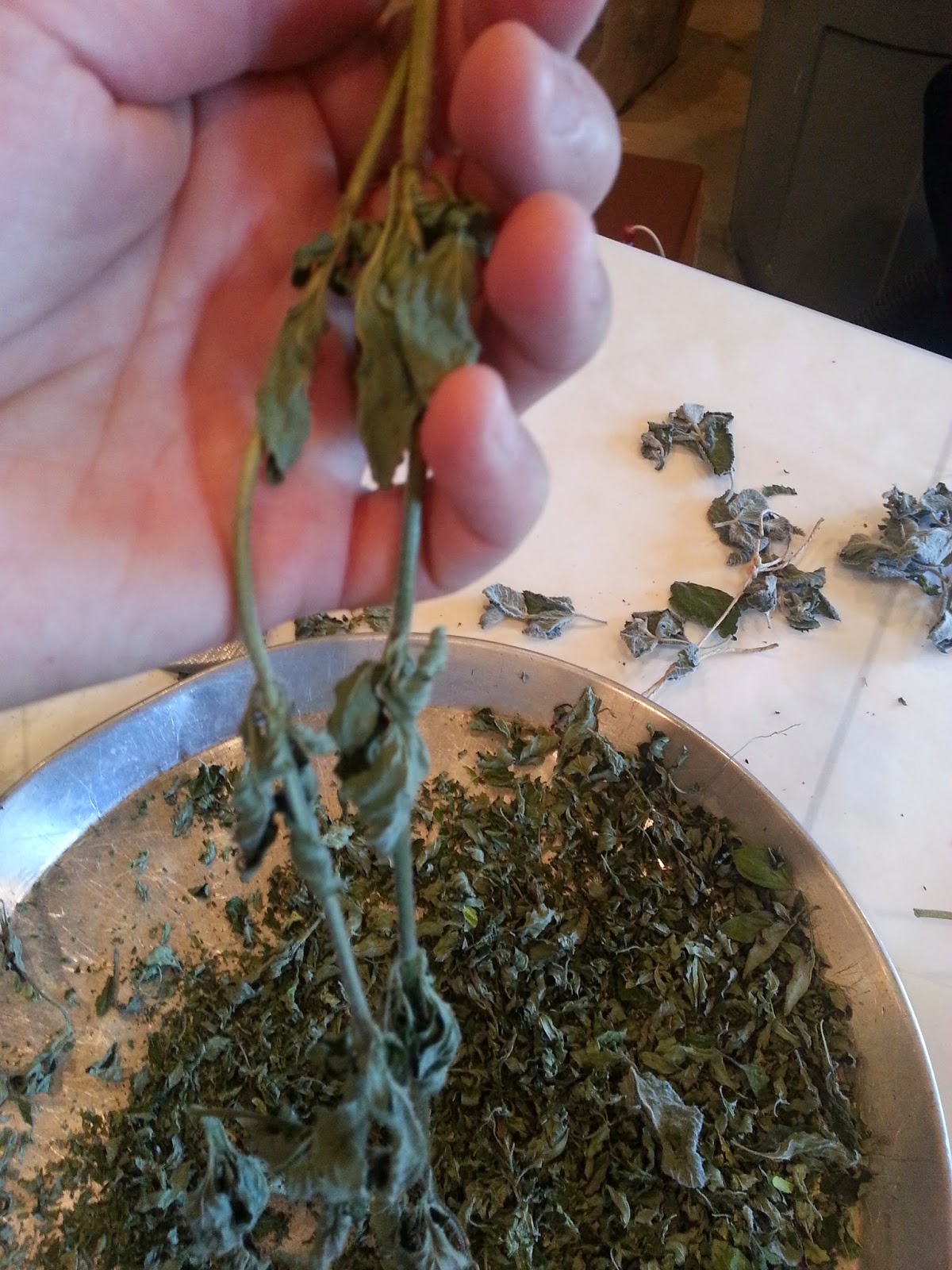 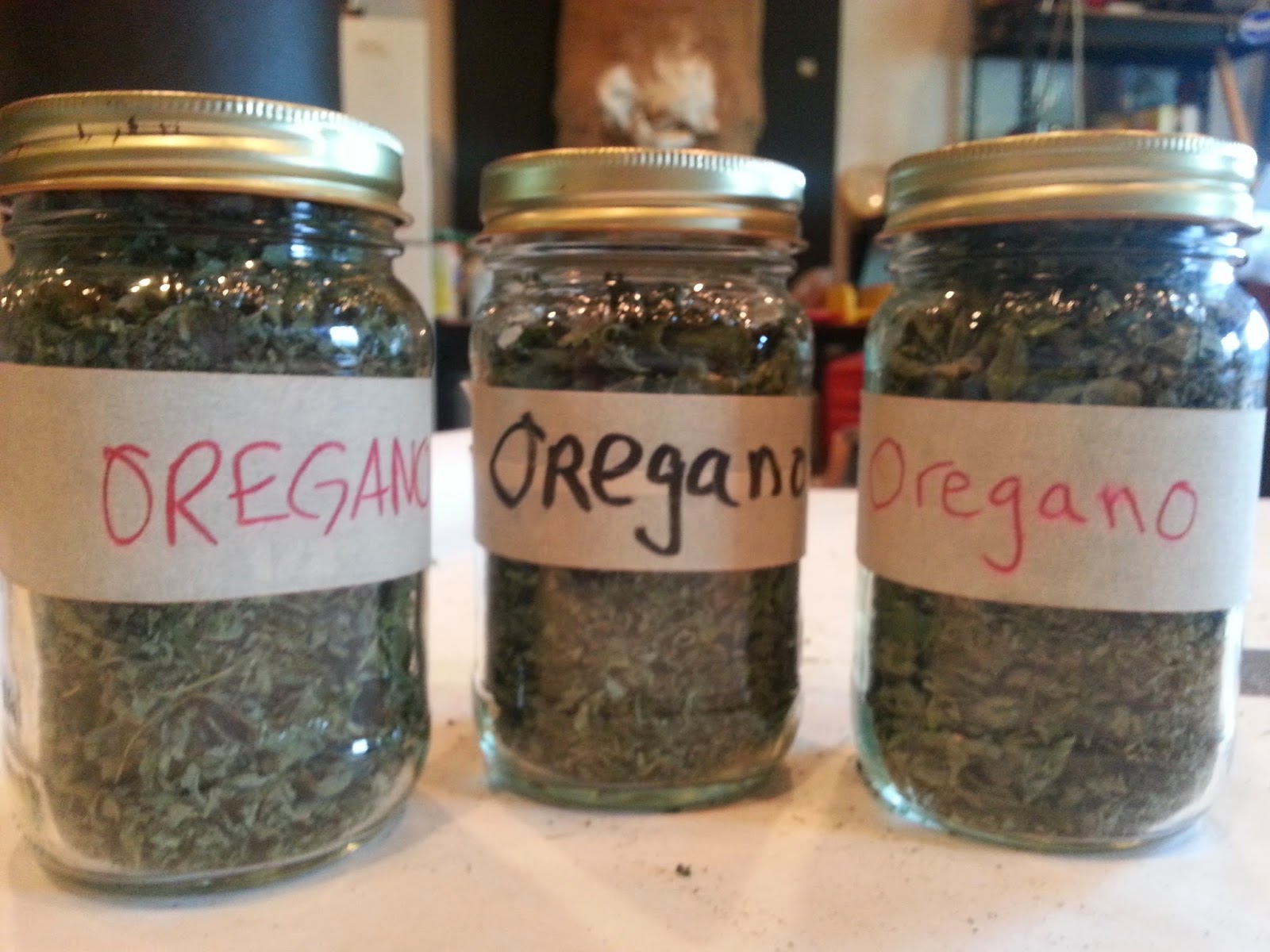 Today I also took care of the Rhubarb. It's was a little over due but I ended up with just over 8 lbs of the stuff. Most of it will go for Apple Rhubarb Wine that we will make. It's fanstastic.. almost tastes like a really good Chardonney. I might have to dig out some of the strawberries I froze and make atleast one strawberry Rhubarb crisp.. it's a seasonal must.

I love drying herbs, too. I have a food dehydrator, and when I fill it with basil and oregano--the house smells so good for the next few hours!

My garden is doing well, except that my tomatoes and peppers have blight. I don't know if they will survive to give me much this year.