Rebel- Deceased 11/27/2014- He had been my buddy forever, my heart horse for sure. He's no longer with us , losing a brave fight to a displacement of his colon. He was a grade gelding, as best we can tell,  Quarter horse/ arab/Morgan cross  I got him when he was about 4 and  we believe he was about 27 or 28 when we laid him to rest. He was my rescue horse I took on when I was still in college, which was like a lifetime ago.  He spent his last few years semi retired,  hanging out with his buddies , going on easy trail rides or being a horseback archery mount to give him a little bit of purpose . He is missed greatly. 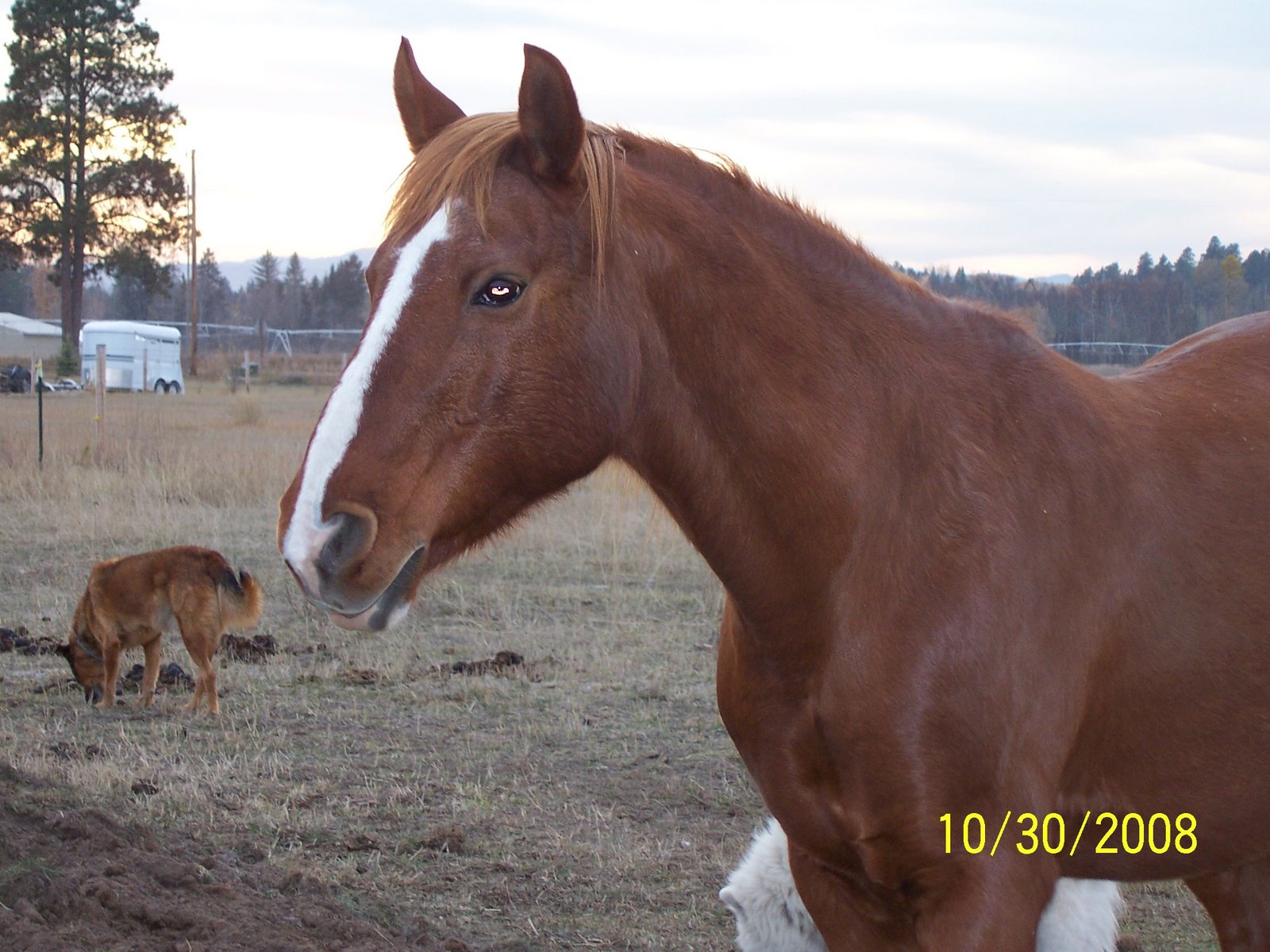 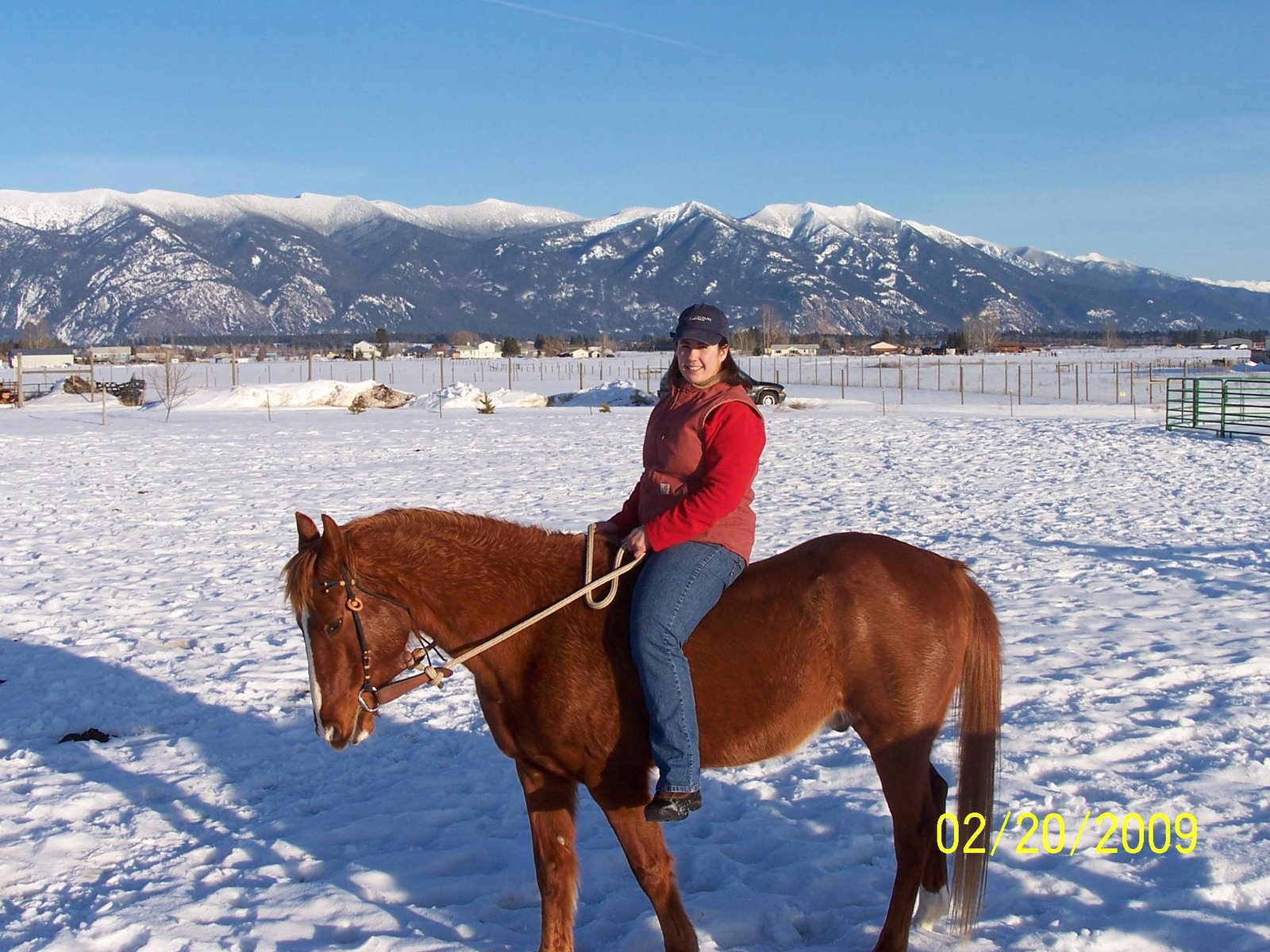 Cassidy- He is known as "wonder horse". He is my husbands Lippitt Morgan gelding who was at one time his stallion for his breeding program. He does it all. Anything you ask , he will gladly oblige and do it with style. Tom has an unprecedented amount of training into this guy and he has become a schoolmaster. He is 17 years old . He has done two CTR's, miles of trails all over the Northwest, dressage, jumping, chased cattle, and horseback archery.

JB- This blog started because of JB and my dream to do endurance. He was the horse I started this endurance thing with. He was a wedding gift to my husband and I as  a weanling from the Painters at Quien Sabe Ranch in Idaho.  I met him as tiny little foal, in fact, within minutes of him being born. He was still wet and had not even nursed. He walked right up to me and  mistook me for  his momma. We had to make a quick getaway in the truck, with the little tyke running after us, and his real mom, chasing after him. He is 12 years old now and is one of the most unique little horses I have ever had the privilege to own. He makes me laugh. He is always happy go lucky and loves to get out and go see new things. These days, he is only suitable for pleasure riding due to a past injury that required him to have a Pastern Arthrodesis surgery. He requires special shoes and trimming as a result but he is full of himself nonetheless. Our special bond from the day he was born has remained and he will be with me forever. Just do a search for JB on this blog and you will find a number of posts about him. 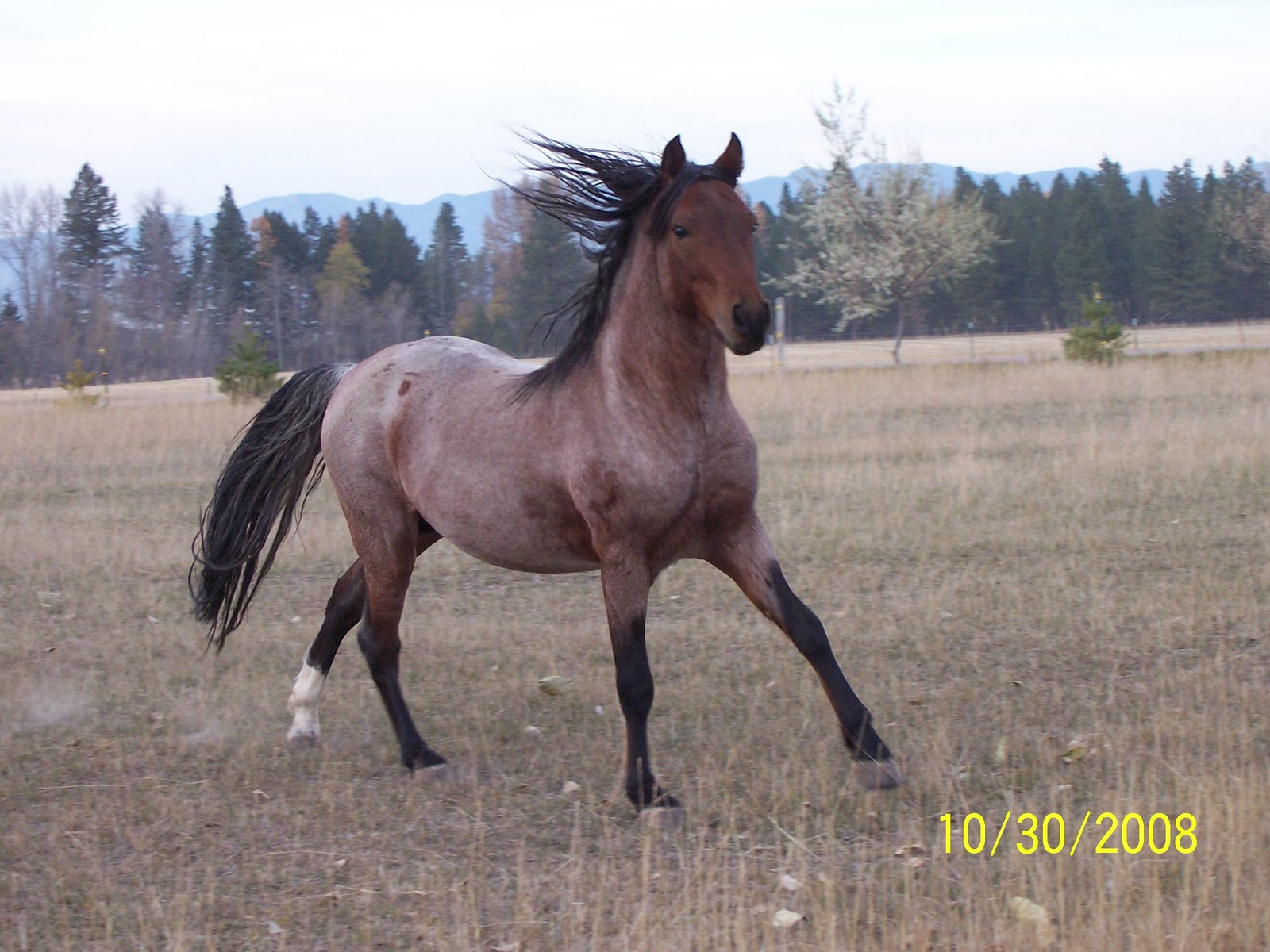 Maggie- I don't have her anymore as I sold her in July of 2014  but I wanted to mention her since there are a number of posts on this blog about her. She was also a Lippitt Morgan mare, a half sister to Cassidy. She was a great little mare that carried me safely across a number of miles and adventures. I miss her but she is with a great new family in Colorado and gets to be out on the trail all the time with her new person. 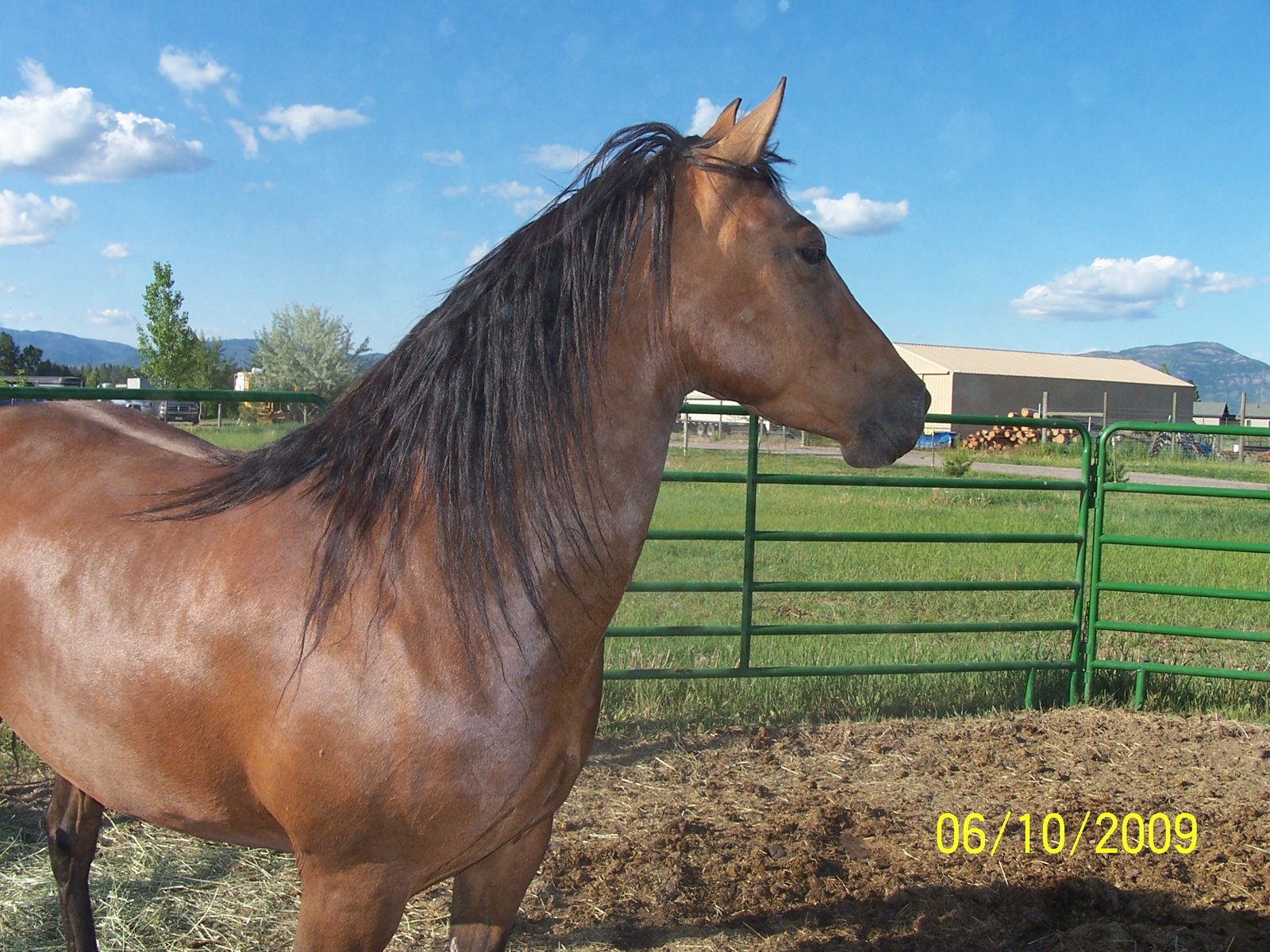 Brego-This is my husbands Morgan/Barb gelding.We owned him mom and brother. His mom went to live with a friend of ours to be his wife's mount because she was so gentle. Unfortunately, his mom got out with a Morgan stallion at the age of 26 (or maybe older , we didn't really have an accurate age) and got pregant. Brego is the result. So he is Barb (mom) and Lippitt Morgan. Brego has matured into a handsome powerful horse that has movement that is uncanny for a 15 hand horse. He is one of the most athletic beasts I have met.

Octavius- This is my latest addition to the herd. He is an Anglo/Arab who came across my radar at a time when I didn't need to be looking at getting another horse, shortly after Maggie left. He arrived at  Acer Farm in September 2014. It's too early to say too much about him other than he is 1.5 years old and goes back to Cryptoclearance lines on the TB side. His Arab lines go back to SC Odyssey. I have alot of hopes and dreams for this guy! 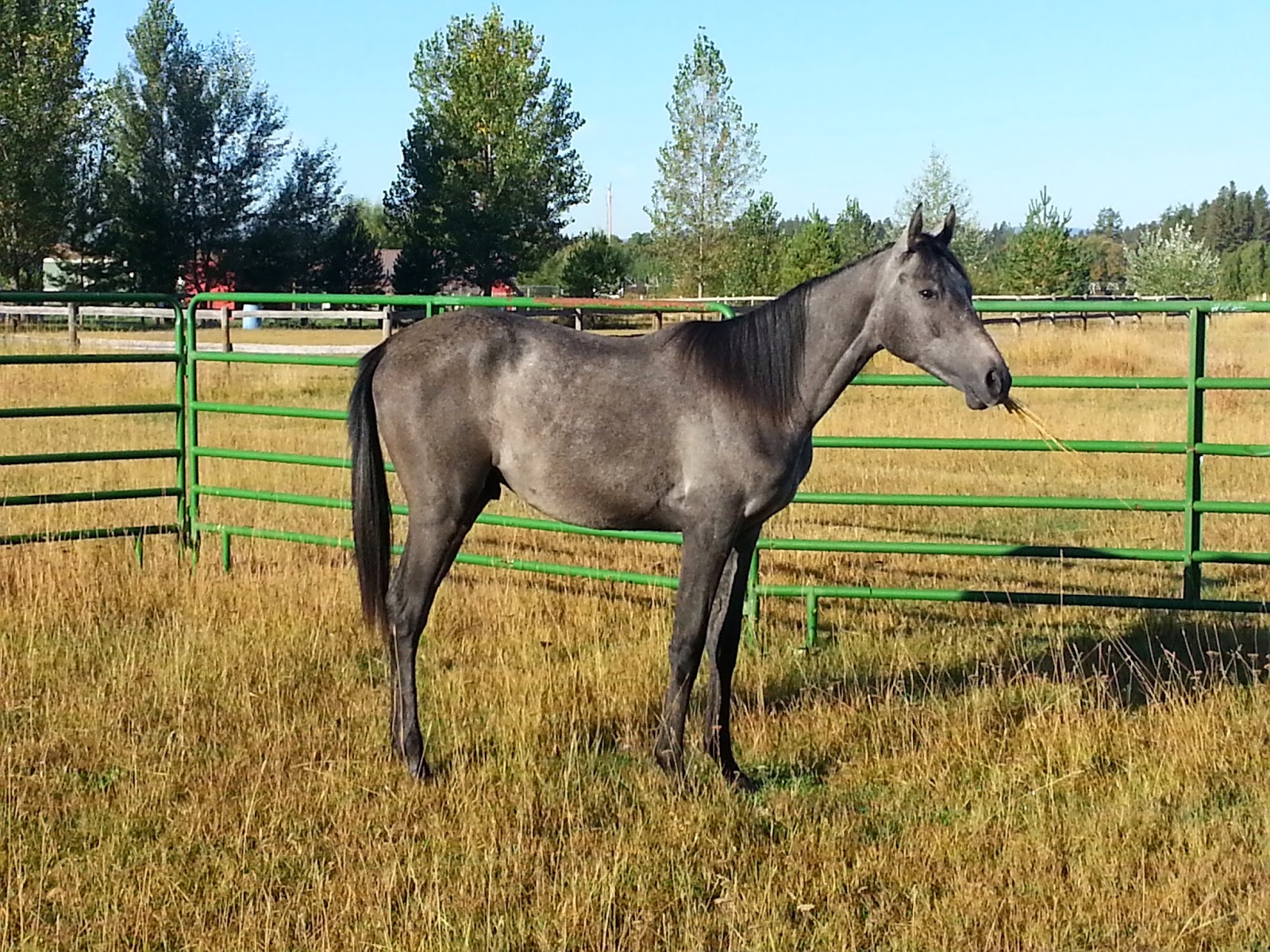