I was glancing through the calendar trying to figure out some other dates and realized something.

Today marks Otto's 1 month being here!!! Where does time go? He arrived on September 20th  and it's already a month later. It seems like we have had him only a couple of weeks.

Since he has been here the focus has been two part:
1)get him out to pasture so he can move ,develop, and strengthen and
2) keep pushing groceries at him so he can pick up weight.

He's been out in the pasture now for two weeks.  He has about 3.5 acres to run and play in. Not as much as I wish we had for him, but enough and he runs plenty. He is still gawky and likely will remain so for some time as he grows,  but I see some moments when he trots and canters that show evidence of beautiful gaits.

I think we are making good progress on the feeding program I have him on.  I definitely see an improvement. So what does one feed a large 1/5 year old that is growing like a spring Dandelion?

The main thing is all the hay he wants and the added benefit  of having some green grass to munch on through out the day in the pasture. In addition, he gets 4.0 lbs of Mare and Foal /day. The recommended amounts on the feed ration is 4.95-9.9 lbs per day for his last known weight of 660lbs.( which I know has increased by now) I am a little under that amount but I am supplementing some other things and I always tend to be more conservative with grain than the recommended amounts, as long as I can see positive changes. For now, 4 lb of his grain seems to be working just fine because  he is also getting some other feed Here is snapshot of his daily feed regimen, broken into three smaller feedings. 4.0 lbs of grain all in one feeding would be way too much for his little stomach to manage.

For fun, here are some photos to compare Before and After of his body condition. I think we have made a big improvement.

Here is a photo from the day he arrived:

For the first two weeks after his arrival,  his appetite was  insatiable. It has since returned to a  normal growing horse appetite which is still a healthy appetite but nothing like he was before.

AFTER PHOTOS:
I couldn't get him to stand there with his head completely up.. he was too busy stuffing his face , but I think he has definitely started to fill out along his topline and rib cage. His hind quarters seem to have filled out ,( or maybe rounder?)as well. 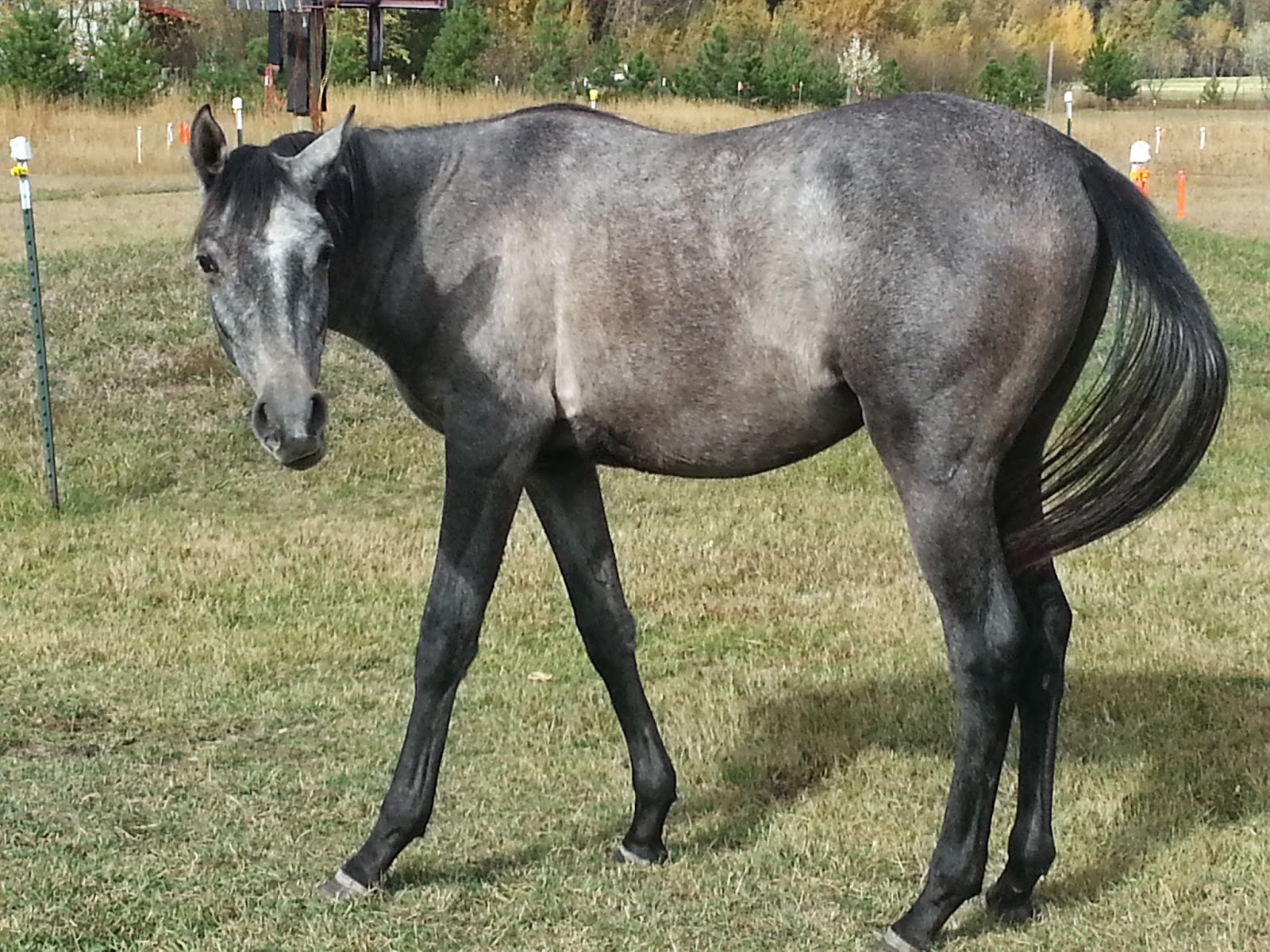 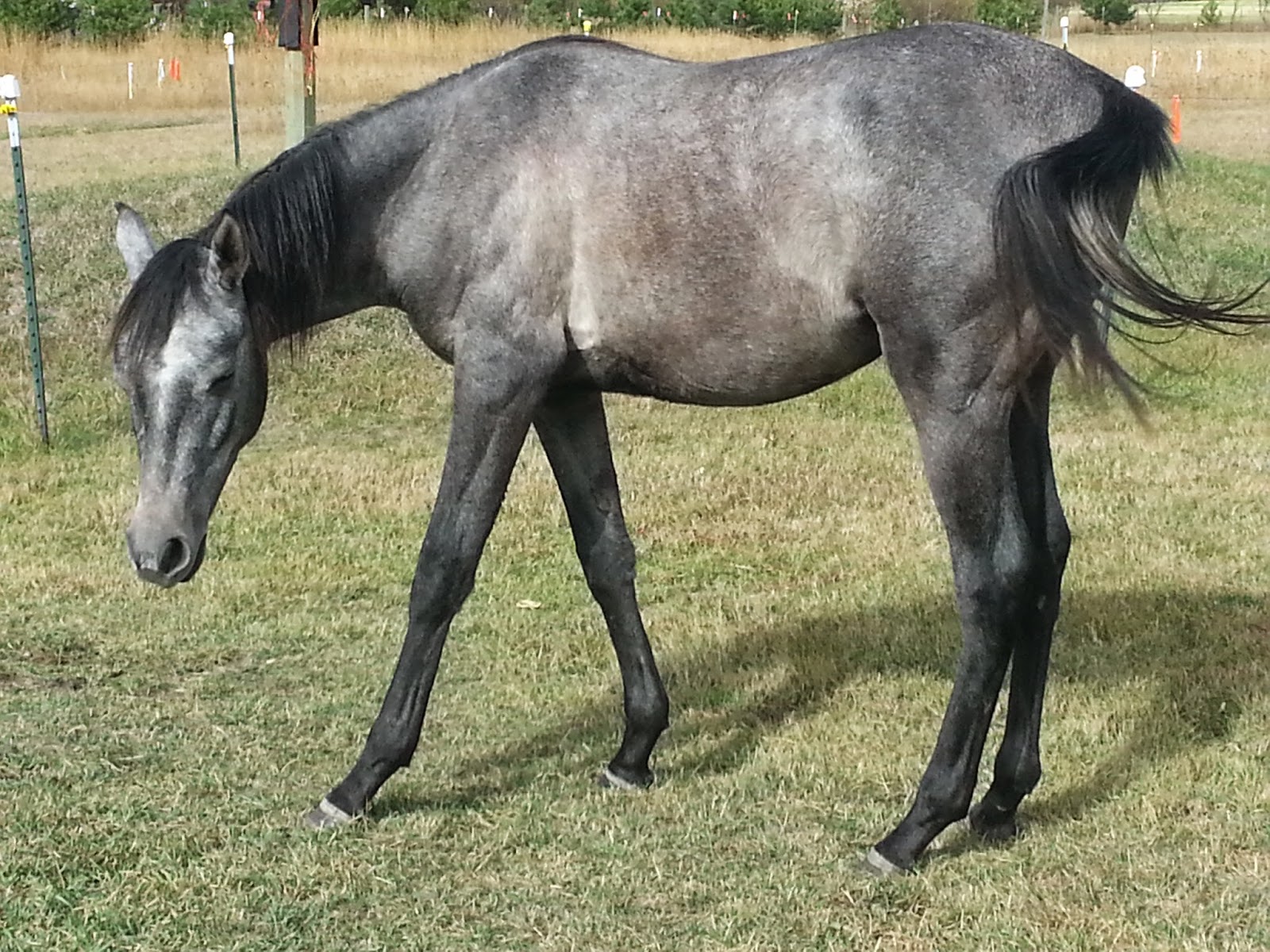 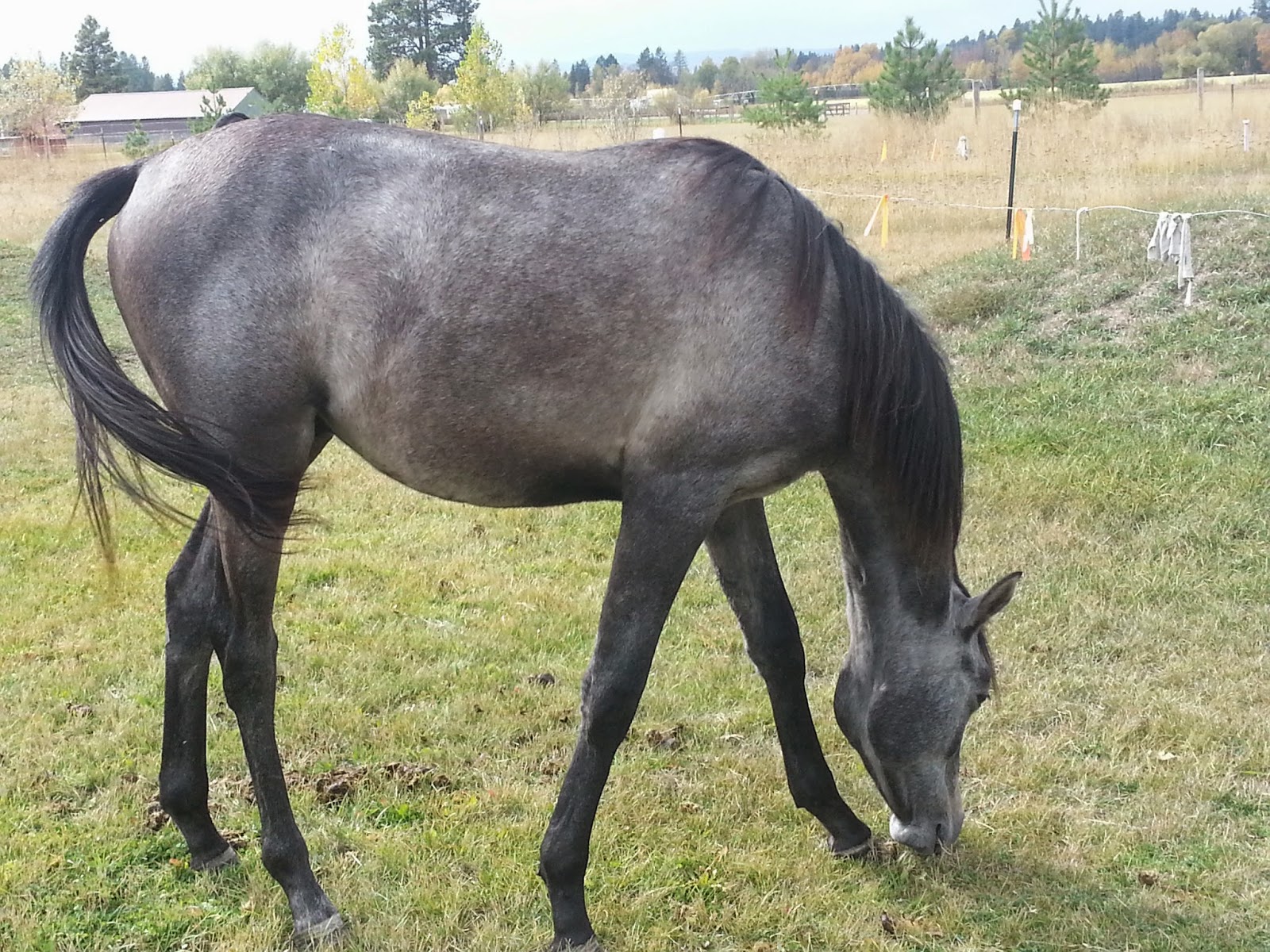 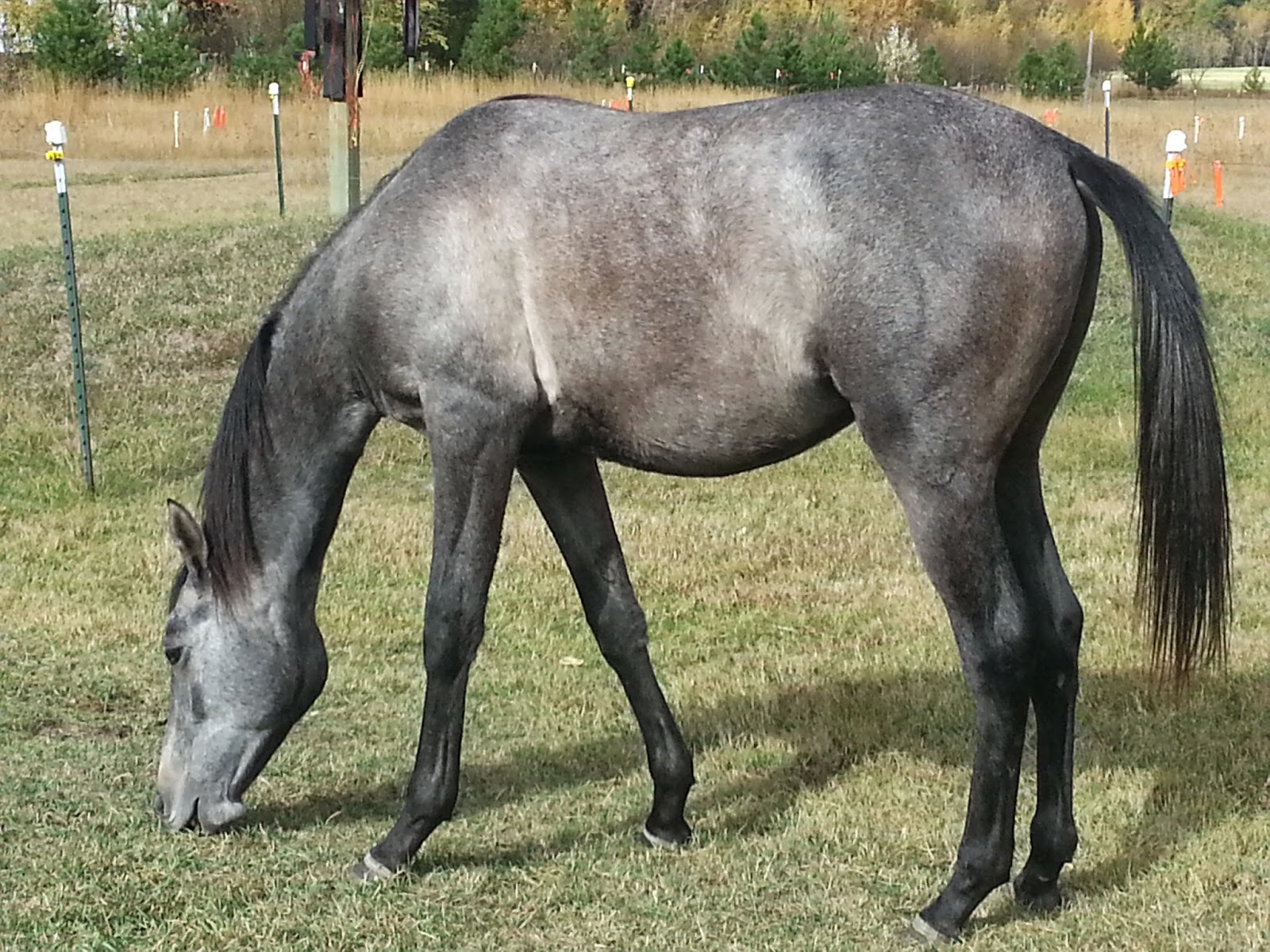 Overall, I think he is looking much better. His ribs and hips aren't quite as pronounced as they were. I still think he needs to pick up a bit more weight,  but we are off to a good solid start.