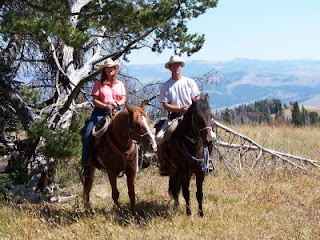 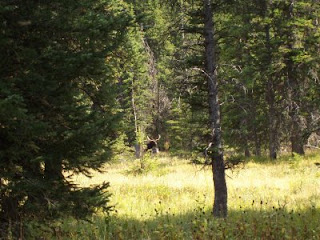 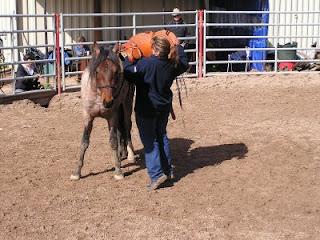 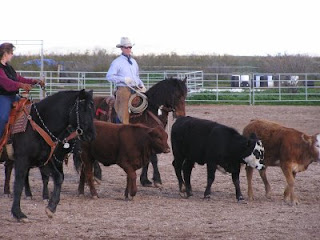 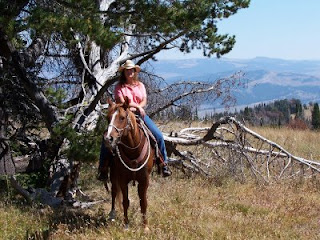 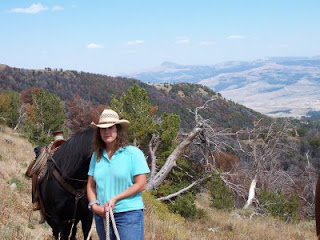 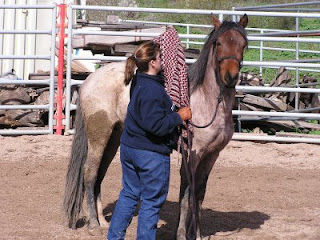 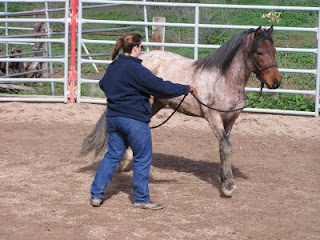 Everyone loves photos and since the ice is keeping me from doing anything with horses at the current time, I have uploaded some photos of some times spent with horses in the last few years. I hope to add many more in the years to come with endurance.
Included in these photos are a few shots of our camping trip to the SnowCrest Mountains near Dillon, MT, and the first horsemanship clinci JB attended when I started him under saddle. As you can see he found the Arizona mud fascinating.... I spent most of my time trying to scrape him clean. In one of the photos Tom and I are working cattle through an obstacle course. Now that is a challenge!!! I was riding one of Harry's horses as I didn't think JB would be quite ready to chase cows after only being saddled hours earlier for the 2nd time!

The picure of me on the chestnut horse is Rebel who I will be putting back to work this spring for an attempt at endurance. Then the picture of Tom and I , see the back drop? We had climbed only half way to our destination at the point where this photo was taken. It was extremely steep country.

The black horse that I am holding is Roman , on a different day we took a day ride in which we had just peaked the crest of Divide Trail during our camping trip to the Snowcrest Mountains. I was I was glad to be off the horse for a few minutes. It is hard to tell, but from where I was standing the trail went straight down .It was a good thing I was riding our most "goat" like mountain horse. The treacherous trail to the lookout was absolutely worth it in the end. The scenery was to die for and there is something very surreal about riding a horse into a remote mountainous area that very few people ever get to see.
The photo that just looks like scenery.. look closely, there is a huge bull moose peeking his head out from behind the tree in the distance. On our ride back to camp that night, we happened upon two very large bull moose. Incredible.
Enjoy!!